As the weather warms up and the festive season begins, there is one thing that I love nothing more…a tall glass of coconut water on ice…fairly predictable from a naturopath right? Not to say that the popping of a cork or two won’t be very welcome also, it’s just that coconut water helps me feel great in ways I can’t entirely explain though I’ll try! Let’s begin with what is known about the health benefits of coconut water…

What is coconut water?

For those of you who don’t know, coconut water is the liquid inside the cavity of a coconut. It is fat-free, mineral rich (especially magnesium and potassium) and low in calories (not that I value the concept of calories one bit, but in case you do, it is). Not to be confused with coconut milk or cream which is basically the flesh or meat of the coconut blended with water. Beware of the many flavoured or sweetened coconut waters (or ones made from concentrate) appearing on the market – all I can say is yuk and don’t fall for these, they are no good.

Why do I drink it?

Well, my number one choice for everyday hydration is always water. But if I’m at the point where I am already dehydrated or I need to hydrate quickly, nothing helps like a coconut water. It sometimes amazes me how much better it can make me feel when I need a pep-up.

It’s not just me who’s feeling the benefits of coconut water. I’ve treated many elite athletes over my years of clinical practice who have used coconut water to hydrate prior to their sport and to rehydrate after. In fact in a recent conversation with a professional AFL  player, he told me of how crap the sports drinks passed out at the end of a game made him feel awful. He had been instructed by his club that he had to be seen (by TV cameras and spectators) drinking the sports drink after the game (they were sponsored by Coca-Cola). When he and some of the other players protested, they renegotiated with the club sponsors that they only had to open and hold the bottle, but didn’t have to actually drink it (then behind closed doors, crack open their coconut water). This is a clear demonstration of the power of marketing.

Why I hate sports drinks (nothing good about them)

The artificially coloured and flavoured sports drinks contain massive amounts of sodium and of course sugar (over 7 teaspoons). The sugar content alone will leave you zapped of energy and very lethargic. Sugar does NOT increase or improve your energy levels or help sports performance. I’m sick of people justifying eating loads of sugary foods to replace energy – this philosophy is just completely wrong and dangerous! Stop eating fructose all together and you will realise very quickly how wrong this myth is.

Coconut water holds it’s own when it comes to rehydration and it’s potassium content. It is naturally isotonic and has the same level of electrolytes as found in human blood. In many developing countries without clean water supplies, coconut water is literally a matter of life or death. I have also read that in World War two, it was used as a plasma replacement in blood transfusions.

Other reported benefits of coconut water

As I always say, in its most natural form  (straight out of the shell) is always the best option. I personally can’t walk past a delicious whole coconut. But practicality and availability prevent me from having a fridge full of coconuts – so I drink one of the many (unsweetened,unflavoured brands). Every brand tastes slightly different, so if you don’t like one, try another.

Do you drink coconut water?  Do you think it helps you feel more energised and hydrated? Anyone out there as addicted as I? Join the waitlist for our 10 week online program to help you raise healthy, well nourished kids! 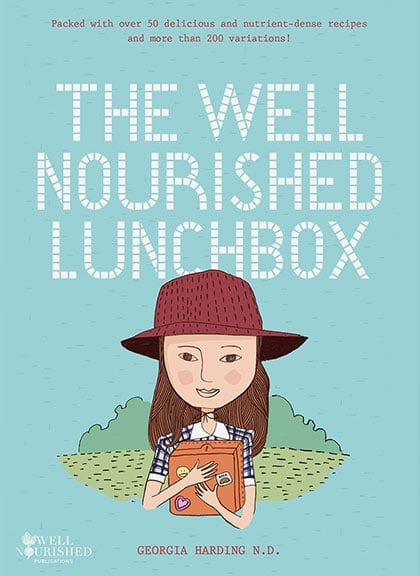